Shark Tank Guest Emma Grede: Is She Married? What's Her Net Worth? 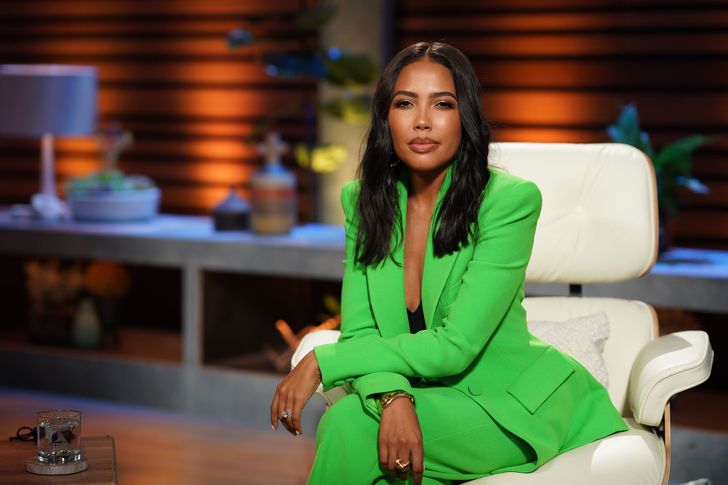 Emma Grede is a British entrepreneur and the CEO of Good American. She is also a co-founder of Skims, a shapewear company that she and Kim Kardashian launched together.

Recently, she was invited as a guest in the first episode of season 13 of Shark Tank. With the airing of the episode, Grede became the first black female investor to be featured on Shark Tank.

Emma Grede was born in 1982 in East London, England. The names of her father and mother have not been revealed but what we know is that her parents were immigrants from Jamaica and Trinidad. In an interview, she said that her mother was pretty strict and was working as a single mother.

As for her siblings, Grede has three sisters with who she was raised in the Plaistow neighborhood of London. Grede's ethnicity is black and she holds British nationality.

Talking about her education, she got her bachelor's degree in business studies at the London College of Fashion. She joined Bachelor's program in 1997 and completed her graduation in 2001.

Emma Grede started her career as a producer at an event company Inca Productions. Later in 2008, she founded a talent management and entertainment marketing agency, CEO of ITB Worldwide where she worked as a CEO. After a decade in 2018, the agency was acquired by Rogers & Cowan.

In 2016, Grede launched a women's clothing company, Good American, with Keeping Up with the Kardashians star Kim Kardashian. The company initially used to sell only denim jeans but as the company expanded they added dresses,  tops, activewear, sleepwear, swimwear, and shoes as well.

Grede is also chief product officer of a shapewear brand, Skims, that was originally founded by her husband Jens Grede and Kardashian in 2019. Just a year ago in March 2021, she, along with Kris Jenner and Chrissy Teigen, founded Safely with a goal to sell plant-based cleaning and self-care products.

Emma Grede is a married woman. She tied their knot with a Swedish businessperson Jens Grede on July 28, 2008.

The couple first met as potential business partners but with time, their business talks turned into romantic chats and they eventually started dating as boyfriend and girlfriend. The husband-wife duo shares two children, son Grey and daughter Lola, together.

The family of four moved to Los Angeles in 2017 and they are living a blissful life together. When asked about their favorite weekend family activity, Grede said that they love to watch Sunday morning movies at Soho House West Hollywood.

Whooping Net Worth of $5 million

Emma Grede has not officially revealed total wealth but sources have estimated her net worth to be $5 million. She owns a bold and attractive black car.

She lives with her family in a massive mansion in Bel Air, Los Angeles, California. Grede and her husband Jens bought that mansion for $24 million.