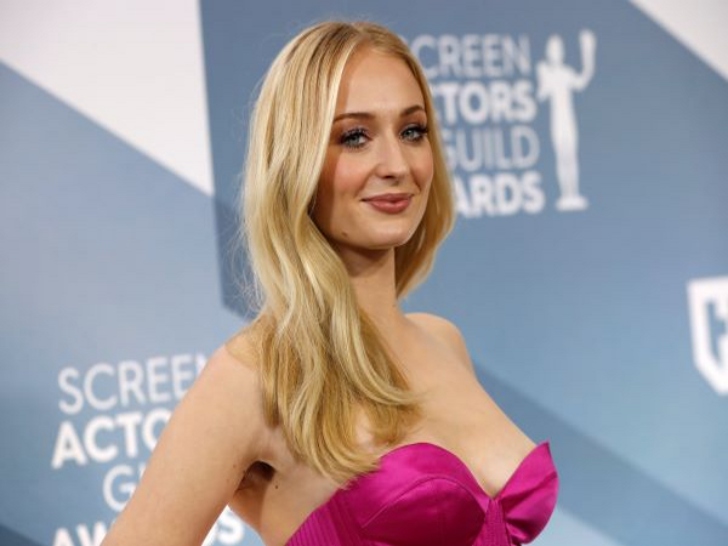 Sophie Turner is an English actress best known for portraying Sansa Stark on the HBO television series Game of Thrones for which she was nominated for a Primetime Emmy Award. She is currently expecting a baby with her husband Joe Jonas, brother of Nick Jonas who has been married to his wife Priyanka Chopra. Turner and Jonas are already parents of 21month-old daughter Willa Jonas.

Sophie Turner was born Sophie Belinda Turner on 21 February 1996, in Northampton, England, to parents Andrew Turner and Sally Turner. Her mom was a nursery school teacher and her dad works for a pallet distribution company. She was raised with two elder brothers James Turner and Will Turner. She also had a twin sister who died before birth.

At the age of 2, she moved with her family to Chesterton, Warwickshire where she attended Warwick Prep School. She then studied at The King's High School for Girls. When she was 3, Turner joined Playbox Theatre Company and since then she has been a member of the theatre company.

Sophie Turner was cast as young noblewoman Sansa Stark in Game of Thrones in August 2009. Its filming start in July 2010. She was 14 at the time. She appeared in the HBO fantasy drama series from 2011 to 2019. In 2012, she was nominated for the Young Artist Award, and in 2019, for a  Primetime Emmy Award  for her performance on the show.

Turner has since appeared in numerous television films including The Thirteenth Tale (2013). She made her feature film debut with the role of Fay in Another Me in 2013. She starred in the action-comedy film Barely Lethal (2015) and played the role of young Jean Grey aka Phoenix in the X-Men film series from 2016to 2019.

She is up to appear as Margaret Ratliff in the upcoming crime television series The Staircase, alongside Colin Firth and Toni Collette.

Sophie Turner has been married to renowned American singer Joe Jonas who is a member of the pop-rock band Jonas Brothers, along with his brothers Nick Jonas and Kevin Jonas. Turner and Jonas started dating in 2016 and got engaged in October 2017 when Joe proposed to Sophie with a beautiful $150,000 diamond ring.

Turner and Jonas welcomed their first child, daughter Willa Jonas in July 2020. After two years, in March 2022, it was confirmed that the 26-year-old actress is again pregnant as posted her photo showing her baby bump on Instagram.

Whopping Net Worth of $8 Million

According to Celebrity Net Worth, Sophie Turner has an estimated net worth of $8 million, as of 2022. While appearing on Games of Throne, her salary was $175000 per episode.

She has a stunning engagement ring worth $150 thousand that her husband Jonas gave her when he proposed to her.

In 2020 they bought a Condominium building in Manhattan for $6 million. Later in September 2021, the husband-wife duo purchased an $11 million worth mansion in Miami. The house is consist of a gym, pool, spa, sauna and a dock to park their yacht. Turner drives an Audi car.