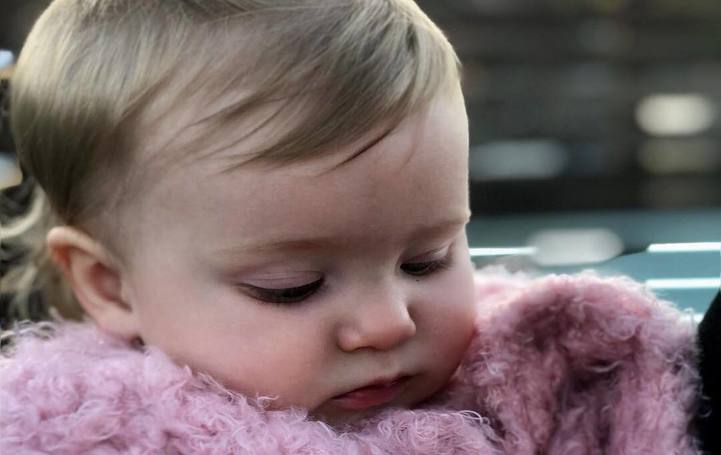 Story Annabelle Paul is the daughter of Aaron Paul and Lauren Parsekian.

Her father Aaron Paul is an American actor and producer best known for his role as Jesse Pinkman in American Series "Breaking Bad", and her mother is actress and director best known for her work in "Finding Kind", NCIS: Special Agent Dinozzo Visits Dr. Phil and Dr. Phil.

Story is a celebrity kid who is really loved and protected by her parents. To know more about Story Annebelle Paul stay with us.

On 6 Feb 2018, Annabelle Paul was born in Los Angeles, California to her famous parents Aaron Paul and Lauren Paul.

How did her parents meet?

Story Annabelle Paul's parents Aaron Paul and Lauren Parsekian first met in California at Coachella Festival. As they had the same taste in music they hit it off instantly and started dating and got engaged on their trip to Paris where Aaron propose romantically to Lauren.

After dating for some time Story's parents got engaged on 1 Jan 2012 and held their matrimonial ceremony on 26 May 2013 at Calamigos Ranch in Malibu.

The back story about her name

After Annabelle's parents started to date they went to Vegas on a date and brought a leather jacket for their future child. Then when they went to the Chapel of Vegas to get married, the Chapel was closed.

Also, that day they won 16 grands with their $200 dollars. As their date to Vegas was a hell of a story they decided to name their first child story. This is how Paul got her first name "Story".

Annabelle Paul's mother Lauren is an actress and writer who is known for her works in The Perfect Day (2017), Evolving Jenny Allen, The Hope: The Rebirth of Israel (2015). She is also Co-Founder of Kind Campaign.

Her father Aaron Paul is one of the notable actors in the American entertainment Industry who has starred in several Tv commercials and television series like Beverly Hills, Aron Spellings, Melrose Place, Breaking Bad, Mission: Impossible III, and many more.

Annabelle is living an extremely luxurious life with her rich parents.

For more info on your fav celebrity visit Glamourbreak.