Who is Taryn Dakha? : Life of Jessica Alba's Doppelganger 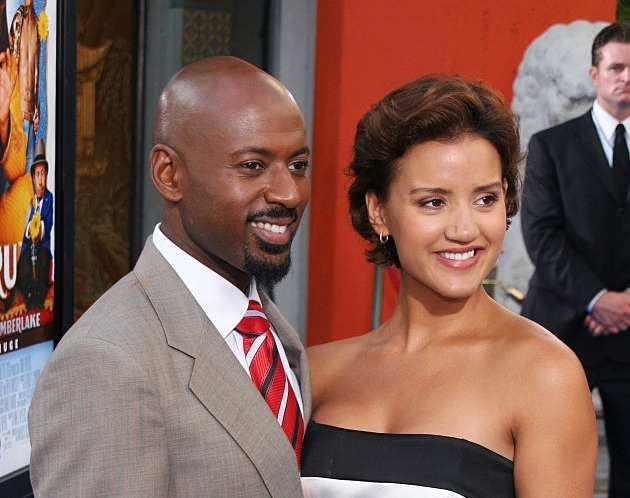 She was born on the 17th of July, 1980 in Vancouver. She has an impressive height of 5ft 6 inches, almost the same as Alba.

Dakha's work in Hollywood as a stunt-double had earned her a net worth of over $200,000. She also makes income from advertisements and endorsements.

Her ex-husband Romany Malco on the other hand enjoys a net worth estimated at $4 million.

She doesn't have any social media presence currently and has been keeping her life under the radar following her split from ex-husband Romany Malco. Her Instagram handle, @taryndakha is private and has about 483 followers.

Romany Malco is an American actor with many talents. He is also credited as a voice actor and music producer. His acting talent has been recognized in the industry through various nominations in major award shows like Image Awards, MTV Movie Awards, and Screen Actors Guild Awards.

Before their split in 2016, the couple was seen together in various red carpet events and movie premiers in Hollywood.

The ‘Weeds’ actor was born in Brooklyn, New York on November 16, 1968, and served in the United States Marine Corps for four years.

He wrote the lyrics of the Grammy Award-winning rap, ‘opposites Attract’, and is often mistakenly credited for singing the song along with Paula Abdul.

His portrayal of ‘Jay’ in the movie, ‘The 40-year-old-virgin’ was much appreciated by fans and critics alike. He debuted as a director with 'Tijuana Jackson' recently.

On the 22nd of January, 2021, the 52-year-old actor welcomed his son, ‘Brave’, his first biological child. Although he didn’t disclose any information about the mother of his son, he did refer to her as his life-partner and expressed his happiness on his social media.

Fans are speculating that it could his co-star Christina Moses from 'A Million Little Things' whose pictures are all over the actor's Instagram handle.

They got married in 2008 after dating briefly following their first meeting on the sets of the movie, ‘The Love Guru’ in 2007.

After almost a decade of sharing marital bliss, the couple parted ways and their divorce was finalized in 2016. Even though they were together for a relatively long time, they did not have any children together.

However, sometime after their divorce became news, Dakha was seen with another unidentified man flaunting her baby bump.

If rumors are to be believed, Taryn cheated on her husband and got pregnant which was the reason why her marriage to Malco came to an end.

There is a striking resemblance between Jessica Alba and Taryn Dakha. Having worked in several films as Alba’s body double and stunt double, Dakha has maintained a great rapport with the ‘Fantastic Four’ actress.

Before living a low-key life like now, Dakha was often spotted hanging out with Alba doing shopping trips like the best of friends. She was also on the list of close friends who were present in Alba’s baby shower.

Dakha worked in movies like, ‘Fantastic 4: Rise of the Silver Surfer’, ‘Fantastic Four’, ‘The Eye’ as Alba’s stunt double, and ‘Good Luck Chuck’ as an additional cast.