Home celebrity Who Is Thomas Elms? Some Untold Facts About Him

Who Is Thomas Elms? Some Untold Facts About Him 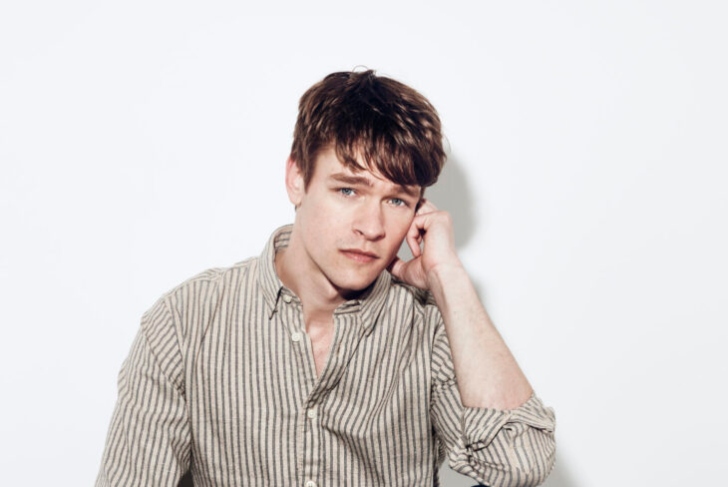 Thomas Elms is a Canadian-born actor and model who has been part of projects like Timeless, Project Blue Book and Motherland Fort Salem. However, he is popularly known for his role as Hamish Duke in the Netflix series, “The Order”.

He is a well-known face in Hollywood as he is also praised for his look which has dimples and a charming smile. After gaining experience in the industry, Thomas Elms got an opportunity to share the screen alongside Sarah Grey, Katharine Isabelle, Adam DiMarco, Loriza Tronco, and others.

Thomas Elms himself confesses that the journey has been enjoyable and fulfilling, despite the fact that it has been an uphill battle for the most part. He describes his acting career as a "reward" for which he has worked hard and waited a long time.He is trying all his luck and giving his best to consolidate his position in the industry.

Thomas Elms Childhood; The Actor Admits He Was A Bit Of A Clown

No one knows when Thomas Elms was born as he hasn't shared his birth date with anyone so far. But it is supposed that he was born in 1996. n a choir.

Thomas once revealed he used to be a class clown throughout his elementary and high school years.

"I became a class clown, mostly because I wanted the attention and I wasn’t quite sure of any other way to get it, other than making people laugh or humiliating myself. I’ve always taken a strong sense of validation and pleasure in making other people feel things".

He said this to pop culturalists in June 2020.

Thomas Elms Family And His Education

Thomas Elms' Parents' father's name is Thomas M. Elms while her mother's name is Avis C. Elms. No more detail about his parent is known.

However, he has a sister named Lauren Elms along whom Thomas Elms used to play with toys and imagine characters, kingdoms, and stories with her. Lauren is supposed to be an only sibling of Thomas Elms whereas his grandfather Nicholas used to Sing in a Choir.

He completed his formal education at a local school and college and then went to the University of British Columbia for higher education where he  auditioned three-year acting conservatory program.

Thomas attributes his acting career to his time in the theatre, when he performed Shakespeare and Chekhov, as well as to creating and co-producing a feature film.

Thomas Elms's Discovery Of His Passion For Acting

When questioned how his passion for acting grew,

"That’s a big question. From an early age, I’ve always had a very strong sense of imagination and fantasy. This dates back to my childhood. My family had a huge yard and a beautiful garden".

He was playing with his sister and imagining kingdom stories with her sister, it also started then. For gaining attention, he used to be a clown in the class which also pushed him toward being an actor.

However, it was a musical production of Bye Bye Birdie that Thomas witnessed live and made his final decision to join this field.

Talking about the same, he said;

"This fantastic, incredible musical piece was performed by fifty persons, all dressed up. "Wow, that's drama, huh?" I remembered thinking. I pondered why, and it became a location where I could go to grab some attention, act silly, and earn an A for it, which I thought was incredible. It took me on a fascinating journey".

Thomas Other Movies And Series

His acting career begins with his debut role in the short movie Their Son Ryan. Soon after this, he was seen in one episode of the series Aftermath playing the role of Josh Senior. He then appeared as Man At Bar in another series Timeless.

It was 2018 when he got his first break in the movie I Still See You as Brian. The movie was a supernatural flick which was directed by Scott Speer, And also featured  Richard Harmon and Bella Thorne alongside Thomas Elms who was doing his first major role as an actor.

Some other series that star Thomas includes; are Motherland: Fort Salem and a series titled Skymed that is currently in the pre-production phase.

Does Thomas Elms Have A Girlfriend?

Thomas Elms kept his fans and followers in the dark when it comes to revealing his date of birth and birthplace. He is also found not so active on Facebook or any other social media.

Although going by his social media account, one can predict Thomas Elms had a girlfriend in the past. He was assumed to be in a relationship with Sophie Graham, a British singer residing in Vancouver, Canada.

Thomas and Graham made their first public appearance together in valentines month "February" 2018. However, Thomas didn't confess Graham as his girlfriend but wrote some sweet words for her;

In all my life, I have never met anyone with as bright a soul as this woman. She is so selflessly compassionate, courageous, and sweet. I sometimes wonder how you and I can even be from the same planet. Happy Valentine’s day baby. X

But recently or in the last few months, Thomas didn't share anything about her neither the pair was noticed together in public. Thomas was not even seen with any other lady in the public either. While it appears that Graham and the Canadian star are no longer together, Thomas has yet to comment on the matter.

Some Quick And Interesting Facts About Thomas