Home glammed Tiffany Miles: The Truth About Her Relationship With Chet Hanks

Tiffany Miles: The Truth About Her Relationship With Chet Hanks 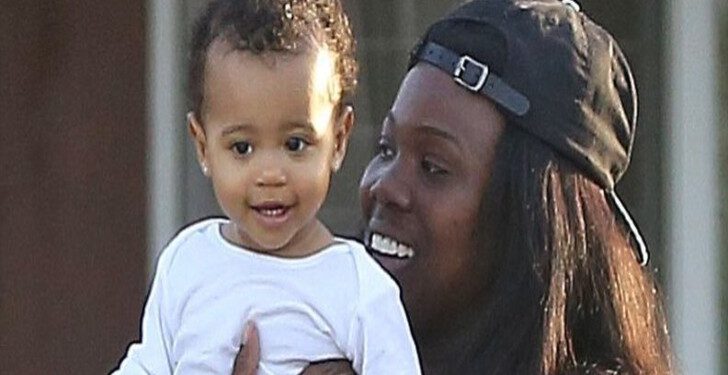 Tiffany Miles and Chet Hanks are co-parenting their baby but their relationship is very tough to explain. The Son of Tom Hanks, Chet Hanks is neither married to Tiffany miles nor they were in a relationship. It is believed that Chet Hanks had a one-night stand with Tiffany Miles, as a result of which Tiffany became pregnant.

Since Tiffany is linked with the Hanks family, Her personal affair may not reveal much, but her story is still interesting because people have tried to figure out where she fits into the Hanks family. How is her relationship with Chet post the birth of the baby? To know this all and more about Tiffany Miles, joined us in this article.

Tiffany Miles came into the media eyeball after she gave birth to Chet Hanks' child. Because of this very little is known about her. Tiffany Miles was born in October 1987. She is born to  Richard Miles and Diane Owens. She was born and raised in California. She belongs to the black ethnicity and is of American Nationality.

She is well versed in reporting, anchoring, producing, writing, researching, and fact-checking as well as the milieu of the newsroom. Software like Adobe Audition, Audacity, and Final Cut is very easy to use with Miles.

She joined KMIR 6 News in Palm Desert, California as an intern after completing her study. Her job was to assist reporters with the filming, editing, and script for anchoring. The CSU graduate interned once more at Viacom in Santa Monica in September 2011. For the Hollywood Crush Blog on the MTV News website, she wrote and polished items there.

In Northridge, California, she took charge in her first job as a lead administrative assistant. She has remained an employee ever since. Along with her job as an administrative assistant, she is also doing intern at Moguldom Media Group LLC. She joined the company downtown LA firm in 2012. Here she assists with managing the accounts for YouTube, Twitter, and email.

Tiffany Miles' family allegedly has a long history of the conflict as reported by an online portal. In 2015, her mother was charged with abuse, violence, and odd conduct.

Lula Owens even accused her daughter that threatening her to throw all her belongings on the street and will mess up the house if once she gets out of control. In response to this Tiffany's mother, Diane said that her mother Lulwa misunderstood her due to the sudden loss of her two kids. While the court gave a temporary restraining order, a permanent restraining order was denied.

A permanent restraining order was not granted, but the court did grant an interim one.

Tiffany Miles Is the Mother Of Chet Hanks' Daughter

As discussed above, Tiffany Miles and Chet Hanks is the parent of Michaiah Hank who was born on 16th April 2016. She was not born into a serious relationship with their parents. Neither Tiffany Miles nor Chet Hanks dated each other nor they are married.

Also Read: Who Is Michaiah Hanks? Everything About Chet Hanks' Daughter

Though Michaiah was born in April, Chet Hanks announced his daughter's birth only in December. Chet Hanks took Instagram to announce his relationship with Michaiah, he posted a video saying,

"I want to share something today because it’s about to be shared anyway in the press, which is the fact that I have a daughter. I do have a daughter, she’s the best thing that’s ever happened to me, she’s the reason why I turned my life around and got sober.”

Chet also said he had been drug-free for more than a year and a half at the time, and he said his daughter had altered his life. Later, the video was removed.

Did Tiffany Miles Receive Any Settlement From The Hanks Family?

Tiffany Miles gave birth to Chet Hank's daughter, Chet Hanks accepted the responsibility of a father. Since Tiffany is linked with the Hanks family, Tiffany Miles's net worth consideration was under the media centre of attraction regarding whether she got anything from the Hanks Family or not.

Even there was the rumour that Miles planned one nightstand with Chet Hanks to get money from Tom Hanks.  Chet, however, has denounced all of those comments, reiterating how much he respects Tiffany. He often visits Miles from the time of her pregnancy till the day of her delivery.

It is believed that Oscar-winning Actor, Tom Hanks gave Miles a lot of assistance with his granddaughter's child support. Tiffany Miles shares a good bond with the Hanks family.

Tiffany Miles's Relationship With Chet Hanks: Is she Dating Anyone Now?

Tiffany Miles and Chet Hanks were never committed to each other. They just had a one-night stand when both of them were intoxicated. Because of this incident, Tiffany got pregnant. Chet Hanks respects Tiffany Miles a lot and regards her as the sweetest person he ever met.

The father of Michaiah Hanks and the son of renowned actor Tom Hanks made a touching homage to his daughter's black mother, Miles, at the George Floyd protest. Chet posted a photo of himself on Instagram in front of Geroge Floyd's artwork and expressed his gratitude for Tiffany, calling her "the mother of my child and a beautiful black woman."

Tiffany Miles post the birth of her daughter remains absent from social media. It's difficult to guess her current relationship status while Chet is a busy father of his daughter Michaiah. Also, it is wide clear that Tiffany and Chet were never in a romantic relationship and neither did they try to be even after the birth of their daughter.

Chet Hanks shared a disturbing video in which he was bleeding from his forehead. He claimed his ex-GF Kiana Parker attacked him with the knife. Chet confesses the dispute occur when Chet caught Kiana Parker stealing his money, taking his credit cards, and charging her rent to them.

Tom Hanks's son was ordered to stay away from Kiana, just a few days after the court order, Kiana accused Chet of physically and verbally abusing her. But Chet Denied all charges that were put against him by Kiana Parker.