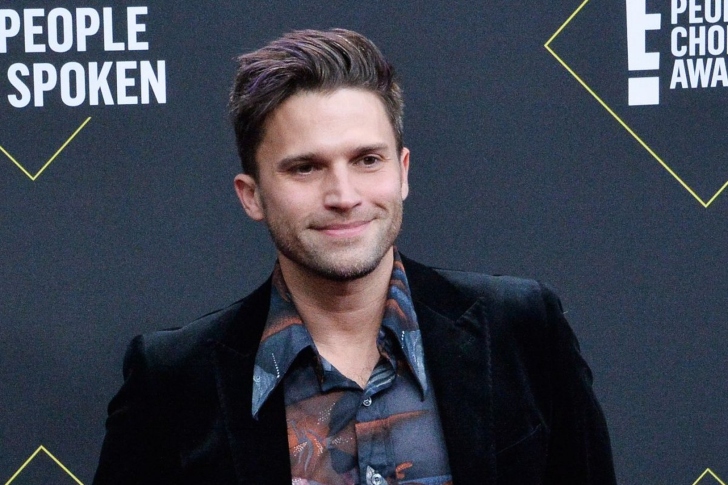 Tom Schwartz is an aspiring American model and television personality best known for his appearance in Vanderpump Rules, a Bravo television reality show. He recently called it quits with his wife Katie Maloney who is his fellow Vanderpump Rules star. Although the couple has already split, they are in no rush to file for a divorce.

Tom Schwartz was born on October 16, 1982, in Woodbury, Minnesota, United States. He is currently at the age of 39. He was raised by his parents, father William Schwartz and mother Kimberly Schwartz in Minnesota. He has three siblings, brothers  Brandon Schwartz, Robert Schwartz and Billy Schwartz.

Schwartz is of American nationality and white ethnicity, and as for his height, the 39-year-old television star is 1.83 m tall. His birth sign is Libra. As for his academic details, Schwartz has attended at Woodbury High School and is a graduate of Florida State University.

Schwartz rose to fame when he appeared on the Bravo television series Vanderpump Rules. He appeared as a recurring player in the first two seasons of the show and later starred in season 3 of the show as a series regular.

Schwartz has since appeared in numerous television shows such as Basically Stassi (2019) and in episode 1 "The Idea" of Migz Across America (2021).

Before starting his television career, he worked as a bartender at PUMP from where he was fired because he left in the middle of a shift.

No Rush in Filing For Divorce After Katie Maloney Split

Tom Schwartz has been in a marital relationship with his fellow Vanderpump Rules star Katie Maloney. The couple first met on the set of the Bravo television series and then started dating in 2013. After two years of a romantic relationship, the boyfriend-girlfriend duo got engaged and later in 2016, they got married. Their wedding was held in California during their time on the show.

The couple has gone through many ups and downs throughout their relationship. In March 2022, Maloney, 35, took to Instagram to announce that she has split with her husband Schwartz. Although they have already parted ways, the couple exclusively told Us Weekly that they are in no rush to file for divorce.

They told the outlet,

It was an amicable breakup. They’re not in a rush to file for divorce. They’re still living together, neither has moved out yet.

We hope they two reconcile soon.

Estimated Net Worth of $4 Million

According to Celebrity Net Worth, Tom Schwartz has an estimated net worth of $4 million. As per the report, the former bartender makes $25 thousand per episode.

Tom and Katie purchased a $1.9 million worth house in Los Angeles in May 2019.