Home celebrity Who Is Twan Kuyper? Know About His Success Story And Relationships Link Up

Who Is Twan Kuyper? Know About His Success Story And Relationships Link Up 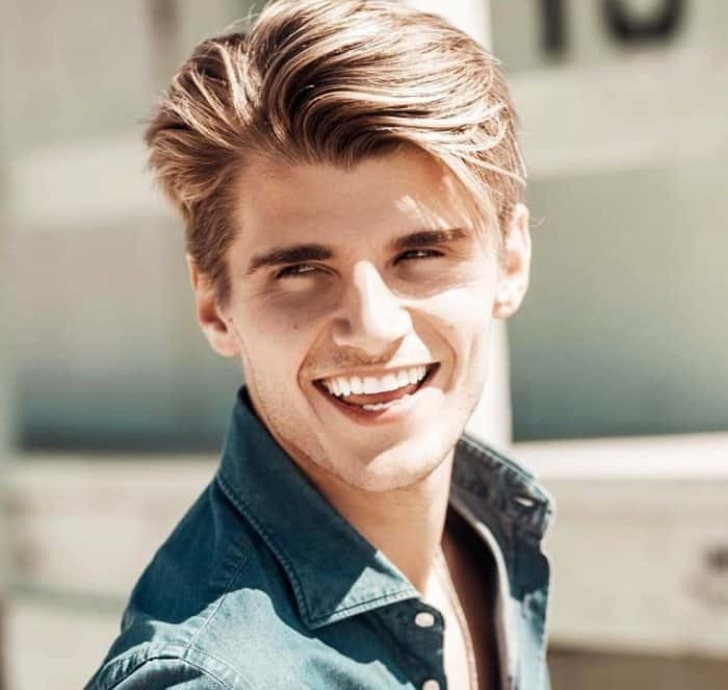 Twan Kuyper is a Dutch-born model, YouTuber and social media personality. Twan Kuyper gains his early popularity by posting vine videos and from YouTube. His YouTube video is all about posting comedy skits, challenges and vlogs for his followers which counts in millions.

Twan Kuyper started his career by doing modelling work with the Miami division of Next Models. He is also known for The Broken Record (2016), Mother Sacrifice (2017), and Woman on the Edge (2016).

As of July 2022, Twan Kuyper has over 1.8 million subscribers on his YouTube Channel.  Also, he has gained more than 6.3 million followers on Instagram to date.

The 6.2 feet long model, is not only known for his modelling and YouTube videos but also for his relationship and affairs. He claims himself of dating many girls.

Let's explore the unknown facts about Twan Kuyper including his personal and professional life and how he earned success.

He is the son of  Martin Kuyper, the founder of Eurotruss/Creator of Trussing, Stages, and Clubs whereas his mother, Angelique Osinga, is an acupuncturist.

Among his four siblings, only brother Jasper Kuyper popularly known as Jazz and sister Lisa are known, who have appeared on his YouTube channel. Jazz is a music producer and DJ

Twan went to high school to pursue business Administration but he didn't take his education forward after high school and focused on modelling.

Before throwing his hand on social media, Twan did modelling and started doing modelling for Next Models' Miami division. He also played a significant role in several photo shoots, print advertisements, and fashion shows.

He is currently collaborating with several firms to advertise their goods and services on his social media account.

He met another social media star Lele Pons after shifting to South Florida in the US. Lele introduced Twan to vines and guess what Twan Kuyper gained 80k followers on his first day and that number went breached the million mark within the week.

He has a pretty good number of followers in other social media platforms as well. His Instagram follower read 6.3 million followers to date.

Twan is a hot cake in the town that is climbing the ladder of success. His fans want to know about his relationship status.

Twan has linked himself with many girls and claimed them as their girlfriends but the rumours suggest he has dated at least two girls.

The first one of them is an American model and Youtuber Hannah Stocking. But their affair didn't last long, they just dated for a year from 2016 to 2017. The duo was introduced by Lele Pons who happens to be a mutual friend of both.

After breaking up with Hannah Stocking, Twan dated fitness model London Shay Goheen but just like his earlier relationship this too didn't last long and separated just after a  year of dating.

Seeing the bond between Twan and Lele, everyone would have assumed them as boyfriend and girlfriend. And their Instagram and YouTube make that assumption stronger but the reality differs.

Their just good friend and they appear in each other social media posts just to support and as a part of content only. They have designated each other as their love interest purely for content's sake. Additionally, they disclosed that they have a six-year-old kid together in one of their YouTube videos.

In a 2019 autocomplete interview with WIRED, Lele Pons clarified that she and Kuyper are merely friends. She further stated that although they had had a few kisses, they had never been romantically involved.

Is Twan Kuyper Dating Anyone At The Moment?

After being in a romantic relationship with two different girls for a short period. Kuyper is now dating a girl named Bettina.

The couple begins their relationship in 2021 and in May 2022. Kuyper wishes his girlfriend a birthday with beautiful photos of them together with the caption.

“Happy birthday to the most amazing woman that entered my life almost a year ago @_bettina. You are so special I believe I can build with you all the way. Up to many more birthdays together my love.

26 years old Kuyper is hot and handsome with a very good physique.

Also Read: Who Is Jenny Popach? Unknown Facts About The TikTok Star

The Netherland-born model who is residing in the US has an estimated net worth of over $4 million in 2022. The social media celebrity earns most of his income from YouTube and also as a  brand promotion on his social media account. And also earn a handsome amount from modelling as well.