Home celebrity Meet Txunamy Ortiz, Who is Creating Tsunami of Audience In Her Social Media

Meet Txunamy Ortiz, Who is Creating Tsunami of Audience In Her Social Media 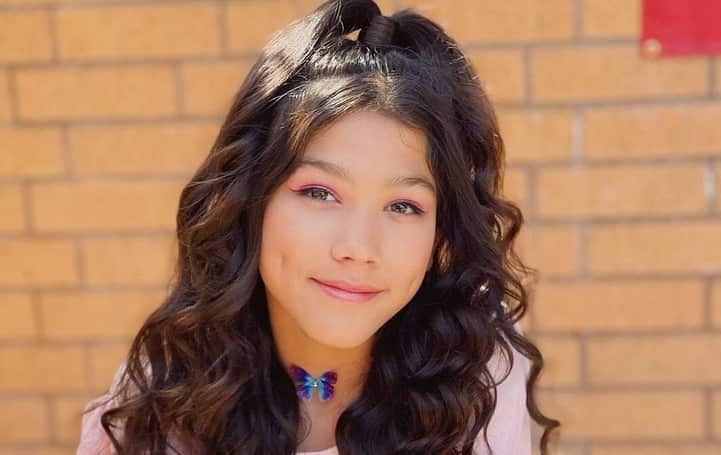 Txunamy Ortiz is an American actress and social media star.
She has starred in movies like Disney Princess Remixed- An ultimate Princess, Celebration, Mani, and Chicken girls.

She is one of the people who gained a huge amount of fans and followers at a young age.

To know more about Ortiz stay with us.

About Oritz and her parents

Oritz was born on March 23, 2009, to her parents Sdiezzel Ortiz and mother Esthalla Ortiz. Her father is a businessman whereas her mother handles all her social media account and job.

Ortiz is very close to her family, they all can be seen together often on their youtube channel called Familia Diamond. On their family youtube channel, they have more than 7.5 million subscribers.

The estimated net worth of Txunamy Ortiz is around $500 thousand. She earns the majority of her income from social media platforms like Instagram, Tiktok, and YouTube which are handled by her parents. Besides she also earns from her acting career.

Ortiz is raising a pet dog named Italy which is a puppy of the pomeranian breed. Itlay has his own Instagram account which is handled by Ortiz herself.

Txunamy is the eldest out of her 3 siblings. Her sister is Solage Ortiz and her brothers are Diezel Ortiz and Ranger Ortiz.

She is often seen together with her siblings in her youtube videos and in her social media accounts.

At a young age, Ortiz gained popularity on social media platforms because of her beauty and photogenic personality. Her parents used to post her fashionable pictures on her Instagram account which got viral in a short period and she was able to accumulate huge amounts of followers at such a young age.

After getting a huge amount of fame she was able to get started in movies like Disney Princess Remixed  - An Ultimate Princess Celebration (2021), Mani (2017) and Chicken Girls (2017).

She keeps collaborating with other famous social media stars for more fame. Because of her hard work, she was able to get featured in reputed magazines like Glamour and Vogue.

At such a young age she has been able to get so much fame, it is certain that in the coming future she will certainly gain more.