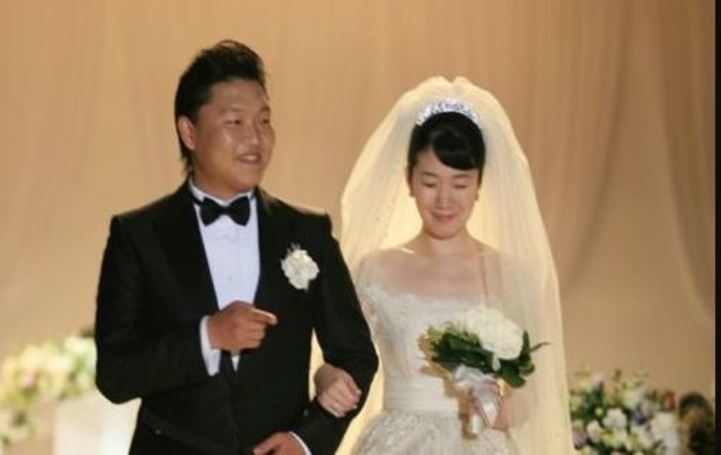 Yoo Hye-Yeon is a South Korean cellist and a fashion designer. She is mostly known for being the spouse of PSY who is one of the most notable personalities in Korean music history.

PSY aka Park Jae-Sang is CEO, singer, performer, rapper, songwriter, and song producer. There is so much for you to know about Yoo Hye-Yeon, so keep scrolling!

There on no information about Hye-Yeon's early life and parents as she likes to keep most of her information out of social media exposure.

Since her childhood she was interested in music, so she graduated from Yonsei University, Seoul, South Korea, with a Cello major.

Yoo Hye-Yeon met singer PSY through mutual Acquaintance. In 2006 they got married after more than 3 years of dating. Despite having 12 years difference the couple is so much in love with each other.

They are currently residing in Los Angeles, California to raise their kids away from Korean media.

Hye-Yeon has always been supportive of her husband's career. She was the one to encourage him to join YG entertainment from which his career flourished. Even when PSY going through alcohol addiction, she helped PSY a lot to get through it and become a successful person in the music industry.

That's why PSY is proud of having a wife who always supports and encourages him through all the hard times, unlike other Korean celebrities who part ways if there are small disputes.

Hye-Yeon and PSY have been blessed with twin daughters. They both keep them out of media exposure.

Yoo Hye-Yeon's husband PSY is one of the most popular musicians globally. His song "Gangnam Style" is one of the topmost watched videos.

In the initial days of his career he struggled a lot but with Hye -Yeon's support he became very successful. Now, he is even CEO of P Nation entertainment where he has signed the best Korean singers like Jessi, Crush, Hyuna, Dawn, Swings, Heize, D.Ark, Penomeco, and many other group bands.

He has even starred and performed at popular TV shows like Saturday Night Live, Hello Counsellor, Fantastic Duo, Radio Star.

Hye-Yeon is a very private person so only a little information about her is revealed. She is a cellist and also fashion designer and manager of her husband PSY. She looks after her husband's meeting schedule, diet, and customs. She has also appeared in several commercials with her husband.

PSY gives credit for his success to his wife Hye-Yeon as she was the one who encouraged his, husband, to join YG entertainment after his enlistment in Army.

For more info on your fav celebs visit Glamourberak.