Home celebrity Who Is Yvette Prieto? Know More About The Wife Of Michael Jordan

Who Is Yvette Prieto? Know More About The Wife Of Michael Jordan 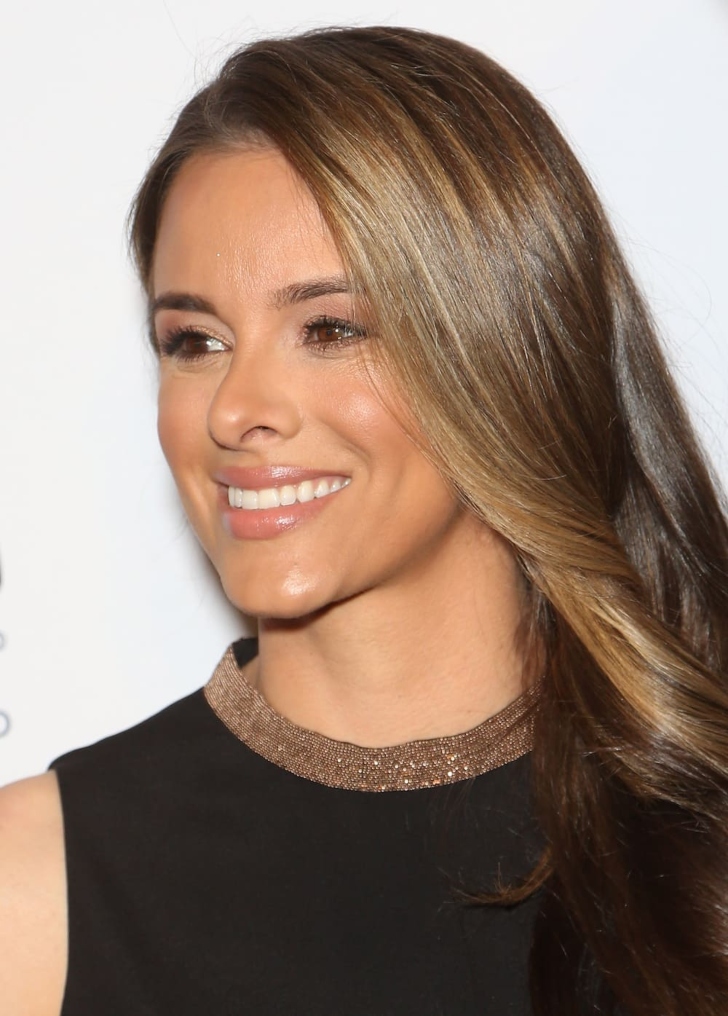 Yvette Prieto is an American model who worked for famous fashion designer, Alexander Wang. Yvette is more popular as the wife of one of the greatest basketball players of all time, Michael Jordan.

The wife of 6 times NBA Championship winner, has served as a model for numerous prestigious designers and brands. Apart from her modelling, she is also known for the 2011 release movie Cuba: An Island Apart.

Yvette Prieto is also active in the political field, starting her political journey as a republican and later shifting to Independent.

Find out more about the life of Yvette Prieto's family, children, and early days including her high-profile wedding with G.O.A.T Michael Jordan just by scrolling below;

Yvette Prieto was born on 26th March 1979 in Cuba. She is born to Maria Prieto and Carlos Prieto. Her Father Carlos Prieto is an Entrepreneur and Yvette used to assist her father in her early days.

While there is no information about how many siblings she has, she is linked with her brother Carlos.

She attended college to study business management and began working for her father's company at her parent's urging.

The wife of the famous NBA Player, Yvette Prieto holds dual nationality.  She has nationality of both,  Cuban and American and has mixed ethnic descent.

She was raised in Miami Florida along with her brother Carlos.

Yvette Prieto Life Before Becoming A Model;  Worked As A Manager At Beet the LBS

Yvette assisted her father in his company and also work for many other companies including hospitals.

After working for a while, she concluded that her job didn't provide her with much fulfilment, so she decided to leave to pursue her interest in the entertainment industry.

She also worked as a manager at Beet the LBS and at the property management firm Aqua Management. Yvette also worked for the famous fashion designer Alexander Wang, best known for his urban-based design.

Yvette Prieto was a model and her first meeting with Michael Jordan was at Miami Nightclub in 2008. Both were attracted and fascinated by each other.

In 2009 the duo started dating each other and Prieto got to know Jordan's three kids from his former marriage during their relationship.

Also Read: Who Is Jenny Popach? Unknown Facts About The TikTok Star

After dating for a couple of years, the NBA star proposed to her girlfriend in 2011. Michael Jordan proposed to the love of his life on Christmas eve.

The Billionaire Michael Jordan used the giant emerald-cut diamond ring to propose to her girlfriend.

Thus, after a few years of dating, Yvette and Michael Jordan decided to get married. They wed on April 27, 2013, at Bethesda-by-the-Sea Episcopal Church, the same venue where US former president Donald Trump and his third wife Melania Trump exchanged vows.

Crystals and their monogram were used to embellish the seven-layer white rum wedding cake. Not to mention, the couple's 40,000-square-foot tent they used on their special day broke a record. It was referred to be "the largest tent in wedding history".

The star-studded marriage was attended by around 300 guests who later joined the newly married couple for a reception at the Bears Club, a Jack Nicklaus-designed golf course community in Jupiter.

Michael and Yvette requested their guest to donate to  James R. Jordan Foundation instead of bringing the wedding gifts. Michael and Yvette donated all the flowers that were used in their wedding to Jupiter Medical Centre.

Yvette Prieto & Michael Signed A Prenup Before Their Wedding

Michael along with her girlfriend turned fiancée signed a prenuptial agreement a month before their marriage, the agreement was to protect nearly all of his hard-earned $650 million fortune if they were to part ways.

If they divorce, Prieto will receive $1 million each year they were married. Likewise, Yvette will get $5 million annually for each year of the marriage, even if they divorce after 10 years.

Yvette Prieto is not the first wife of the NBA star Michael Jordan. Jordan was first married to Juanita Vanoy.

Michael Jordan Married Juanita Vanoy in 1989 and had three children with her. The couple was together for 17 years before parting away in 2006.

The divorce settlement cost $168 million to Michael Jordan. Juanita walked with a whopping amount just because  Michael and his former wife Juanita had not signed a prenup.

She also took custody of their three children, Jeffrey, Marcus, and Jasmine, as well as their shared Chicago residence

The couple was blessed with twin daughters, Ysabel Jordan and Victoria Jordan, in February 2014 just a year after exchanging vows.

Jordan is a tighter-tipped person when it comes to his daughters. No, the official picture has been revealed as they are yet to make any public appearance.

As of now, Jordan's Daughters are 8 years old and enjoying the lavishing life offered by their parents.

Does Michael Jordan Have A Love Child With His Secret Lover?

Jordan was accused by a lady named Karla Knafel, according to her Jordan is the father of her child and the NBA star paid $250,000  to keep the relationship secret. Karla filed a lawsuit claiming this allegation over Michael.

The lady also claimed MJ promised her to pay $5 million for remaining silent and not filing a lawsuit against him.

But the DNA test results prove Jordan is not the father of the children and the Judge ordered that Jordan didn't owe a single penny to Karla Knafel.

But the trouble didn't end here, In 2013, a girl named Pamela Smith filed a paternity lawsuit against Michael Jordan claiming they have a secret love child. And in the explanation of that, son Taj uploaded the youtube video briefing on how is the son of Jordan.

Jordan is also thought to be Jimmy Butler's father, an NBA standout. Many fans and NBA followers conjectured that Jimmy was unquestionably the son of Michael Jordan because he shares similarities with his father in terms of game style and physique.

What Is Model Yvette Prieto’s Net Worth In 2022?

According to estimates, the model's estimated net worth in 2022 will be $50 million. The majority of her fortune comes from her businesses and modelling.

While her husband is an NBA legend, Michael Jordan is believed to have a net worth of approximately $1.7 billion as of 2022. This enormous sum is the result of his involvement in a few other businesses in addition to his basketball career.

Yvette and her family are dwelling in a 28,000-square-foot mansion in Jupiter, Florida. The multi-million duplex consists of  11 bedrooms, a basketball court, a pool house, a two-story guard house, and many more.