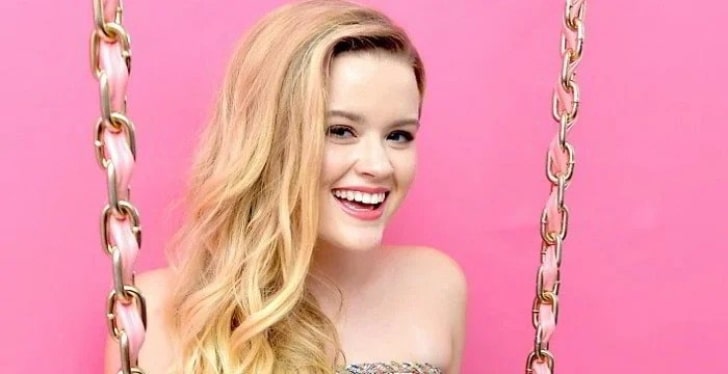 Just like other star kids, Ava Elizabeth Phillippe has been famous since her birth as she was born to famous actors. She is popular as the daughter of Reese Witherspoon and Ryan Phillippe.

She is an American-born model and actor. Like most star kids who try to follow in the footstep of their parents, Ava Phillippe is too chose to follow the footstep of her parent and seek to pursue her career in acting and modelling.

Her parents are popular in the entertainment industry and fame comes to Ava since her birth. Reese herself wants to appear with her daughter in a movie.

Her mother Reese Witherspoon was named the richest actress in the world for the year 2022 by Forbes.

But, aside from being a star kid, there is much more the unleash about Ava's life. Let's explore the unknown facts about her life.

Ava Phillippe Is The Daughter Of Ryan Phillippe And Reese Witherspoon

Ava Phillipe was born with the name Ava Elizabeth Phillippe on September 9th, 1999 in Santa Monica, California. She is the daughter of celebrities in Hollywood, Reese Witherspoon and Ryan Phillippe.

When Reese Witherspoon met Ryan for the first time at her birthday celebration in 1997, she was already a great celebrity in the entertainment industry. Her mother has garnered multiple awards, including an Academy Award and a Primetime Emmy Award, and she has a very successful career.

Her parent then featured in the movie The Cruel Intention, and then their affair begins. They married in a simple ceremony on June 5, 1999. Reese was six months pregnant with Ava at the time of their wedding.

Their parent's marriage didn't last long and was separated just after 7 years of their marriage. In their 7 years of togetherness, they also had a son Deacon Reese Phillippe.

Her name is inspired by an actress

Both parents are well-known Hollywood stars and they named their daughter Ava which is inspired by famous US actress Ava Gardner.

“My daughter’s name is Ava … [like] Ava Gardner because to me she was the only woman who could break Sinatra. So the idea of that name to me is very classy and strong.”

Ryan Phillippe opened on the story behind naming her daughter.

Ava Phillippe Siblings; She Is Closed To Her Brother And Her Half Brother Tennessee James Toth

Deacon Phillippe is the biological brother of Ava Elizabeth Phillippe, the second child of Reese and Ryan.

And a half-brother Tennessee James Toth from his mother's second marriage to Jim Toth, as well as a stepsister Kai Knapp from his father's affair with Alexis Knapp.

Ava, Deacon and their stepbrother Tennessee were raised together in the same house by their mother and because of this they share a strong bond and are very close.

It's heartwarming to see Ava and Deacon have such a close relationship with their half-brother.

But then comes a twist to this story.

Kai Knapp is the half-brother of Ava from her father's affairs with Alexis Knapp. Though both Kai and Tennessee are half-siblings of Ava their bonding is different.

Ava has attended a lot of prestigious schools. After graduating from high school, she enrolled at the University of California, Berkeley.

While Ava was about to leave for her university, her mother cried.

It’s weird when your children go away to college – it’s hard. I never imagined how it felt for my mom. I might have gone into her [Ava’s] empty room, laid down on her bed and cried right when she went to college.”

Reese stated during her appearance at the Ellen DeGeneres show.

Ava Great Bond With Her Father

Ryan, while appearing on the Late Late Show with James Corden, revealed his childhood helped him bond with Ava. He also mentions how her daughter feels embarrassed by his younger looks.

Ava is a fashionista, model, and an influencer

Her mother and father both are Hollywood Icon and has huge name and fame. So, Just like her parents she is also trying to make her own identity and is already on its way.

She shows her modelling talent after posing for the Fall 2018 collection lookbook of the fashion line-up, Rodarte. She featured Danai Gurira (The Walking Dead) and Tessa Thompson (Creed).

Her mother also hinted, that fans might see her soon in the movies and she wished to star with her. Reese has her own production house. It won't be wrong to say her mother might be planning to give her a break very soon.

She Is Fond Of Sculpting and Sketching

Ava is a model and is busy with modelling but she loves to sketch different types of art in her free time. Though, she is a professional artist.

She shared pictures of her art on Instagram and she even loves sculpting.

Ava Phillippe took her by surprise when she shared a picture with a guy back in 2019. And the name of that guy was Owen Mahoney.

Just after a day of sharing a picture with her boyfriend, the duo had a PDA-filled beach date. The duo was seen sharing some intimate moments and locking lips.

Fan stated her boyfriend resemble her dad when she shared the picture with him for the first time and this didn't go well with Ava and she deleted the Picture.

Also Read: Who Is Arna Kimiai? Know About Her Incident With The Uber Driver

The couple is still together and we might see them tying the knot in near future.

Ava is just 22 and trying to build her career. She was the face of Amazon’s Off-to-College Store in 2019 from where she earned good money.

Deacon Mother Reese was named the world's richest actress by Forbes in 2021, her net worth was a whopping $400 Million.

Deacon Phillipe's father, Ryan Phillippe's net worth is estimated at  $30 Million as of 2022.