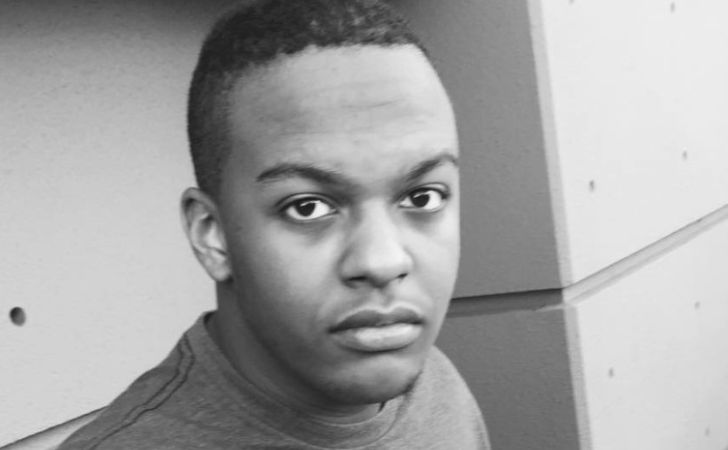 Gabriel McClain comes from a family full of celebrities. Gabriel is even popular as the sibling of McClain's sister. Gabriel is following in his family's footsteps to pursue his career. Like all of his siblings are in the entertainment industry. Gabriel too is trying his hand here and even appeared in a few TV Series and also in the music video Calling All the Monsters (2021).

Gabriel's sibling sisters are very popular and need no introduction but Gabriel is struggling to make his own identity and very few know about him. Who is Gabriel and what are his other works? Can he overcome the shadow of his family fame? Scroll till the end to learn about the professional and personal aspects of Gabriel McClain.

Gabriel McClain was born on April 17, 2001, in Atlanta, Georgia, United States. He was born to his celebrity parents Michael McClain and Shontell McClain.

Gabriel McClain is of African-American descent and bears American citizenship. Gabriel shifted to Los Angeles from Atlanta, Georgia. He currently resides in Los Angeles with his family.

No information regarding his education is revealed but Gabriel is expected to attend high school as of 2022.

Gabriel McClain's Parents: His Father Is A Music Producer And His Mother Is Song Writer

The "Daddy Little Girl" fame child actor's father even produced the primary promotional track for the Disney picture Chimpanzee, which his sisters performed. Talking about his mom, Shontell McClain has worked in movies like Meet the Browns, House of Payne, and more.

Along with writing the son, Gabriel's Mother is also an actress who starred in short movies like Six Blocks Wide and the TV series documentary Disney 365 released in 2013.

Gabriel McClain's Siblings: All His Sisters Are Stars

Gabriel McClain is very popular as the younger brother of the McClain Sisters. All of his sisters had made a big name in the industry and are popular both in the national and international arena.

Sierra Aylina McClain, the oldest of the siblings, was born on March 16, 1994. Another sister, Lauryn Alisa McClain was born three years later on January 9, 1997. Similarly, the youngest among the McClain sister, China Anne McClain, was born on August 25, 1998.

All of his sisters are involved in the showbiz industry, being influenced by their parents all of McClain's siblings are interested in music from their childhood. Because of this McClain's sister initiated writing the song and started dancing too.

They began their musical career in 2005, following their love of the arts, and even created a group called "Thriii."

His Sister China Anne McClain Is A Very Popular Actress

China Anne McClain is the youngest among the McClain sister. She is an American actress and singer and is in the entertainment field since the age of 7. She is more famous in the public eye than her siblings are nowadays.

She is the best know for her role of Jazmine in Tyler Perry’s House of Payne. In Addition, China along with her siblings released the song called “Calling All The Monsters” which is a hit among the fans and charted on the Billboard Hot 100 The Music Video also featured Gabriel.

In 2014, She went to win the NAACP Image Award for brilliant Performance in a Motion Picture for her role in Disney’s A.N.T. Farm.

Gabriel McClain Following His Family Footsteps: He Is Into The Acting

The 21 years old Gabriel is trying his best to establish his own identity. Gabriel is yet to star in the movies but he has already appeared in the documentary, Tv shows and music videos. His few appearances are Disney 365 (2013),  Daddy’s Little Girls (2007), Thrii Feat, Messenger: My Sanity (2020), and Hubie Halloween (2020) to name a few

Gabriel McClain Relationship Status: Is He Single Or Dating Anyone?

Gabriel is not involved in any scandals or rumours, and he keeps a low profile to further his career goals. He is just 21 years old and might be concentrating on his career and studies.

Like most of the youths of today's world, the son of music producer Michael McClain is also active on all kinds of social media platforms.

Gabriel McClain has just landed into the acting profession, though he has a net worth between $1 million to $2 million. He has accumulated this from his acting and making cover songs like his sisters.

Similarly, all of his sisters, China Anne McClain, Lauryn McClain, and Sierra McClain, each has a net worth of $2 million.

Q. When and Where was Gabriel McClain Born?

Q. Who are Gabriel McClain's Parents?

He was born to his celebrity parents Michael McClain and Shontell McClain.

Q. Who are the famous sisters of Gabriel McClain?

Q. Who Is more Popular among the sisters of Gabriel McClain?

China Anne McClain is more popular among the public.

Q. Is Gabriel McClain Dating anyone?

No, Gabriel McClain is not dating anyone. He is single at the moment

Q. What is Gabriel McClain's net worth?

Gabriel McClain has a net worth between $1 million to $2 million.

Visit our page, Glamour Break, to know more about your Favorite Celebs!!!