Home celebrity Who Is Juanita Vanoy? How Much Alimony She Got From Her EX-Husband Michael Jordan?

Who Is Juanita Vanoy? How Much Alimony She Got From Her EX-Husband Michael Jordan? 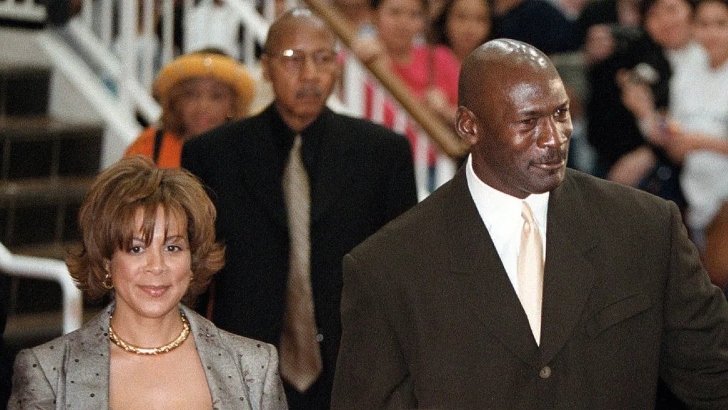 An executive secretary for the American Bar Association, Juanita Vanoy was previously a model. She enjoys greater notoriety as the ex-spouse of Michael Jordan, one of the greatest basketball players in history.

Her Husband Michael Jordan, better known by his nickname MJ, dominated the NBA during the 1980s and 1990s. Six NBA Championships were won by Michael Jordan during his 15 seasons with the Chicago Bulls. Additionally, Michael Jordan serves as the NBA team's major owner, and chairman, of the Charlotte Hornets.

She is the ex-wife of Jordan, the couple divorced after staying together for 17 years. She received a huge amount of alimony from her ex-husband Michael Jordan. People who follow Michael Jordan are curious about Juanita Vanoy's personal and professional life as the ex-wife of such a well-known athlete.

We are here to enlighten all the personal & professional details about Michael Jordan's ex-wife along with how much money she got as alimony. Let's get started.

The ex-wife of Michael Jordan was born on 13 June 1959, in Chicago, Illinois. She was born to her parent's father John Vanoy and her mother Dorothy L. Vanoy. As of now, Juanita is 63 yrs old.

She belongs to the Cuban-African ethnicity and has American nationality. She grew up along with her five siblings Gwendolyn Hicks, Jacqueline Rogers, Rhonda Armstrong, Bernetta B. Vanoy and  Margaret Vanoy.

The ex-wife of Michael Jordan, Juanita Vanoy did many jobs before getting married to Michael Jordan. She started her career with modelling from a very young age and did modelling for many agencies including some brand promotional as well. After modelling, she shifted to a secretary job.

She took her modelling career side by side while serving American Bar Association as an executive secretary. But she rose to prominence after getting married to the greatest NBA Player, Michael Jordan. After her relationship with Michael Jordan, Juanita along with her spouse Michael Jordan co-founded an organization named Michael and Jaunita Endowment Fund, to support charity programs.

The report of their first meeting is ambiguous. There are two different rumours about how they met. First off, according to some sources, they first connected in a Chicago Bennigan's restaurant in 1984 when she was introduced to Michael. A few days after their initial encounter, the couple reconnected at the party of a friend they both had, and they soon began dating.

They allegedly initially met while Juanita was employed at the ad business Burrell Advertising, according to an old magazine. Jordan was there to conduct business regarding his endorsements.

Michael Jordan proposed to Juanita after dating for a few years, taking no time Juanita accepted the proposal and they exchanged the ring and soon got engaged. But they called off the engagement later.

When everything seemed to be finished, the twist in the tale occurs as Juanita got pregnant but Jordan was hesitant to acknowledge Juanita, his girlfriend, as the mother of his unborn kid.

Whatever the rumours, the child was eventually found to be Jordan's, and the couple decided to wed. The couple's son was already 10 months old when they were married. The couple exchanged vows on September 2, 1989, at Little White Wedding Chapel in Las Vegas, Nevada, with their cherished son in attendance.

Juanita Filed For Divorce Against Michael Two Times: What Had Happened?

Juanita filed for divorce against her husband twice, the first of which was it in 2002 using the grounds of irreconcilable differences. But the couple gets along, sort it out and Juanita withdraws the divorce petition.

But the things again didn't go well and Juanita filed the divorce for the second time on December 29, 2006.

When things did not go as planned after 17 years of marriage, Jordan and Juanita filed for divorce in 2006. Michael Jordan had to pay alimony of $168 million. Juanita left with a sizable sum of money simply because Michael and Juanita, his ex-wife, did not have a prenuptial agreement.

She also assumed custody of their shared Chicago home as well as their three children.

Juanita Is the Mother Of Michel Jordan's Three Children

Jeffery the first child who was born before his parent's marriage was born on 18 November 1988. He is a Former basketball player and is also a co-founder of the charity foundation Heir-Jordan.

Marcus born on 24th December 1990 was a former college basketball player, too. Similarly, on 7th December 1992, she welcomed her daughter Jasmine. Jasmine assists her father in his business.

After divorcing Michael Jordan, Juanita Vanoy didn't consider anything besides being a mother. She obtained custody of her three children, reared them, and is now enjoying lovely family life.

While Michael Jordan married his Cuban-American lover, Yvette Prieto. Daughter twins are born to the couple. Ysabel Jordan and Victoria Jordan are their twin daughters.

Also Read :Who Is Yvette Prieto? Know More About The Wife Of Michael Jordan

Juanita received a whopping $168 Million as alimony from her ex-husband Michael Jordan. Because of that huge amount she has a net worth of $200 million, as per some sources.

While her ex-husband who was the greatest NBA Player and also a business endeavour has a net worth of $2.1 billion as of 2022.