Home celebrity Who is Candice Kumai? Know About The Youngest Chef To Compete On Popular Bravo! Reality Series Top Chef

Who is Candice Kumai? Know About The Youngest Chef To Compete On Popular Bravo! Reality Series Top Chef 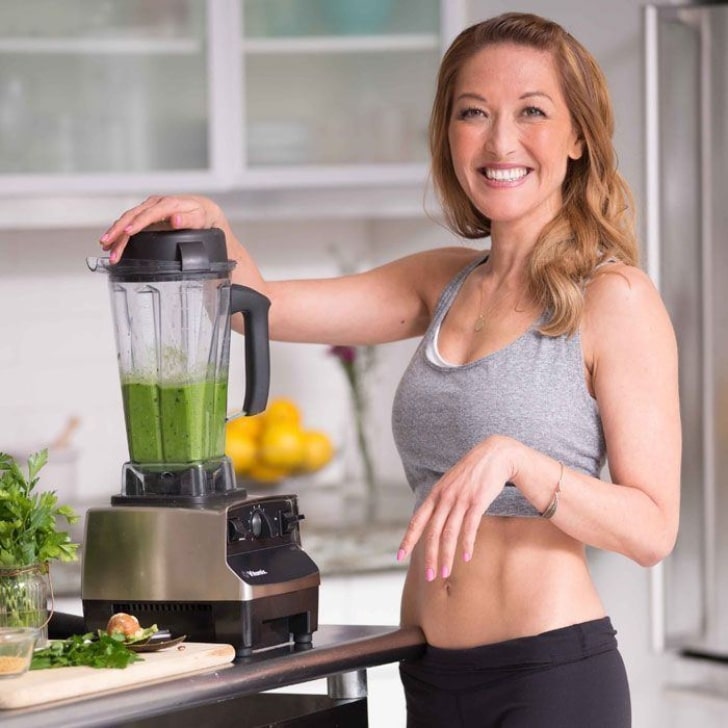 Candice Kumai is an American Author and Chef. The New York-based chef is also popularly known by the title “The Golden Girl of Wellness”.

Candice is not only a chef but also a co-host of the popular cooking show Cook Yourself Thin on the Lifetime Television Network. Candice Kumai was also the judge of Iron Chef America.

Forbes and Elle gave the title of "The Golden Girl of wellness" to Candice. Candice is the trained chef and also happens to be the former line cook. Other qualifications of her include being a model turned journalist.

How one can have so much talent, is versatile and bold. Let's find out everything about Candice Kumai.

Also Read: Who Is Model Laneya Grace? Everything You Should Know About Her

She was raised in San Diego, California by her parents, whose name is still under the radar. For her schooling, she completed graduation from California State University in Long Beach and then completed her degree from the prestigious Le Cordon Bleu California Culinary School of the Arts where she earn top honors on the dean's list.

How Candice Kumai Becomes a Chef?

Candice Kumai begins her career as a model during his teens while she was about to finish her college life, she was trained as a professional chef in South California. She was being trained and gaining experience by cooking on the line at several restaurants.

Since then her journey in this field works and then her destiny changed to become a popular and famous cook to become the co-host of a famous cooking show.

Candice Kumai was the Youngest Chef To Compete On The Popular Bravo! Reality Series Top Chef. Her approach to cooking is based on her Japanese American heritage. Kumai became the host for Lifetime's show, Cook Yourself Thin.

Candice has also been doing social work. She collaborated with The White House Initiative on Asian Americans and Pacific Islanders (AAPI) and also for The Resolution Project, The Japan Society, Wellness in The Schools (WITS), Health Corps, The US-Japan Council, The Chef’s Garden, and The James Beard Foundation.

Candice Kumai is also a well-known author  her book has been best-selling author six times. The golden girl of wellness's latest book is Kintsugi Wellness where she mixed her wellness insights and traditional Japanese background with culinary prowess.

Kumai has been involved in 1,000 Days, which is an initiative started by Hillary Clinton in 2010 to improve nutrition for mothers and children worldwide.

Kumai has done contributions to several lifestyle and wellness publications including Vogue, ELLE, Cosmopolitan, Forbes, Men's Journal, Yoga Journal, and many more. Kumai was also appointed as the brand ambassador of Kirin in 2014.

Kumai is also a contributing editor to Shape Magazine.

Along with the talent, Kumai is blessed with good looking appearance as well. 38-year-old lady Candice Kumai has a perfectly balanced body. A slim curvy body of Kumai just complements her god-gifted height,

5.7" tall Candice is blessed with a good appearance and charming smile. Candice has maintained herself very well and adds to his beauty, Candice has brown eyes which further enhances her facial beauty. Furthermore, she has silky light dim earthy color hair.

Is Candice Kumai In A Relationship?

The gorgeous-looking lady and the trained line chef have been a bit possessive when it comes to disclosing her personal life. No one has any idea about her parent's names and no one knows what her parents do and where are they?.

Also Read: Kenan Thompson: Has He Got A Divorce With Wife Christina Evangeline?

Going by all these, she seems to be enjoying her single life.

The Golden Girl of wellness has appeared in many television shows as a guest, participant, Judge and as host. She has also written many books and she also happens to be the best-selling author 6 times. Also had many handful contributions in the popular magazine related to wellness and lifestyle.

She made her first tv appearance in 2006 when she was the youngest to compete in the reality show "Top Chef". From 2010-12, she appeared in another Reality show called "Unique eats".

In the same time frame, she was appointed as a judge for the program "Extreme chef" and also as a judge in most talk cooking shows Iron Chef America. In 2016, she has judged the show titled Beat Bobby Flay.

Now talking about the book, she made her debut as a co-author with the book"Cook Yourself Thin" in 2009. Since then she has penned many books as an author. Her book Priety Delicious was her first as a solo author, the book was published in 2011.

In 2012, she published the book "Cook Yourself sexy ". In 2014 she wrote a book Clean Green Drinks and in 2015 she wrote another book titled Clean Green Eats.

Her Clean Green book series have made the bestseller list of the New York Times.

From all these works and the earnings she made from these works, her net worth is estimated at $4 Million.

So the Gergous good-looking Author and the trained chef is a millionaire.