Meet Jeffrey Jordan, Know Everything About The Eldest Son Of Michael Jordan 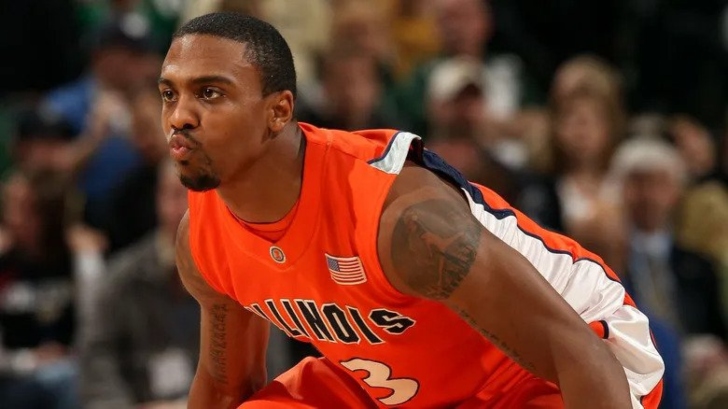 Jeffrey Jordan is an entrepreneur and a co-founder of "Heir Jordan", a philanthropic foundation that he runs with his younger brother Marcus Jordan. He rose to prominence as the son of  Basketball legend, Michael Jordan. He is born to Michael Jordan and his ex-wife Juanita Vanoy.

He is mainly known as the oldest of the Basketball Hall of Fame Michael Jordan, The NBA was dominated by Michael Jordan, sometimes known as MJ, throughout the 1980s and 1990s. Michael Jordan played for the Chicago Bulls for 15 seasons during which he won six NBA Championships. Michael Jordan is also the Charlotte Hornets' chairman and the team's principal owner in the NBA.

Jeffrey Jordan was born on 18 November 1988 in the USA. He was the first kid to his parent, Michael Jordan and his first wife Juanita Vanoy.

Jeffrey didn't have a comfortable upbringing as his parents parted away when he was an infant and Jeffrey claimed his father Michael Jordan didn't give enough attention to him.

His father Michael Jordan is the greatest basketball player while her mother Juanita was a former model and now serving at American Bar Association as executive secretary.

Jeffrey has African-American ethnicity and American Nationality. After the separation of his parents, he was raised by his mother along with his two siblings.

He went to The University of Central Florida, and the University of Illinois for his higher education after completing his schooling and later graduated from Loyola Academy, Wilmette on May 26, 2007.

Jeffrey started his basketball career during his college days. When Jeffrey Jordan was in high school, local and national media outlets covered him, and three of his high school games were shown nationally on ESPN in 2007.

He was extensively recruited as a preferred walk-on by Davidson, Penn State, Northwestern, and the University of Illinois. He also had scholarship offers from Valparaiso and Loyola University Chicago.
Jordan decided to join the University of Illinois' team as a preferred walk-on and enrolled there in 2007 as a psychology major with financial aid.
Jeffrey Jordan was awarded a full athletic scholarship by the university on January 22, 2009, according to the announcement.

Jeffrey Jordan decided to leave the University of Illinois basketball team on June 24, 2009, to focus on his studies and "life after sports."

He worked as an intern at Nike in 2009. Later, Jordan decided to rejoin the squad, however, following the 2009–10 campaign, he was released to transfer with his brother Marcus to the University of Central Florida.

Michael Jordan and Juanita Vanoy instantly hit off after their first meeting.  After a few years of dating, Michael Jordan asked Juanita to marry him. It didn't take Juanita long to say yes, and they soon exchanged rings and got engaged. Later on, though, they broke off their engagement.

The plot twist arises just as everything appeared to be coming to a close when Juanita became pregnant with Jeffrey but Michael Jordan was reluctant to recognise Juanita, his girlfriend, as the mother of his unborn child.

Regardless of the rumours, the child was ultimately identified as being Jordan's, and the pair chose to get married. When the couple got married, their baby, Jeffrey was already 10 months old. In front of their beloved kid, the couple exchanged vows on September 2, 1989, at Little White Wedding Chapel in Las Vegas, Nevada.

Juanita Filed For Divorce Against Michael Two Times: What Had Happened?

Juanita filed for divorce against her husband twice, the first time based on irreconcilable differences in 2002. Juanita, though, withdraws the divorce suit once the couple works things out and gets along.

However, things didn't work out this time, and on December 29, 2006, Juanita filed for a second divorce.

After 17 years of marriage, Jordan and Juanita decided to divorce when things did not go as anticipated. This was done in 2006. Michael Jordan was required to pay $168 million in alimony. Simply because Michael and Juanita, his ex-wife, did not have a prenuptial agreement, Juanita left with a substantial quantity of money.

She also took over custody of their three kids and the house they shared in Chicago.

Jeffrey Jordan is the eldest kid of his parents and has two biological siblings. Younger brother  Marcus Jordan born on 24th December 1990 was a former college basketball player, too who is also co-founder of the Heir-Jordan organization along with Jeffrey.

And younger sister Jasmine Jordan. Jasmine born on 7th December 1992 assists her father in his business.

Also Read: Who Is Yvette Prieto? Know More About The Wife Of Michael Jordan

Now Jordan is a successful entrepreneur and runs a philanthropist organization Heir Jordan along with his brother. Additionally, he is a co-founder of the consultancy firm Jordan Avakian Group. Jordan is also the founder and CEO of the sports company Air Jordan.

Is Jeffrey Jordan Married? Who Is His Wife?

Jeffrey Jordan was dating his longtime Bulgaraina girlfriend Radina Aneva. Jeffrey proposed to Radina when they were on vacation sharing their romantic moments. They exchange the ring on 22 November 2017 in Hawaii.

Following their engagement, they begin planning for their marriage and they walk down the aisle on 25th May 2019. They tied the knot in a lavish wedding ceremony.

Jeffrey Jordan's wife, Radina Aneva works as a financial analyst in The Walt Disney Company. She has assisted various companies before encountering this job.

The co-founder of the Heir-Jordan organization has an estimated net worth of over $1 Million as of 2022.

While his mother, Juanita received a whopping $168 Million as alimony from her ex-husband Michael Jordan. Because of that huge amount she has a net worth of $200 million, as per some sources.

And his father, Michael Jordan is a billionaire and has an estimated net worth of $2.1 billion to date.