Home celeb-kids Who Is Pauline Sinclair? Everything About Vin Diesel And Paloma Jiménez's Daughter

Who Is Pauline Sinclair? Everything About Vin Diesel And Paloma Jiménez's Daughter 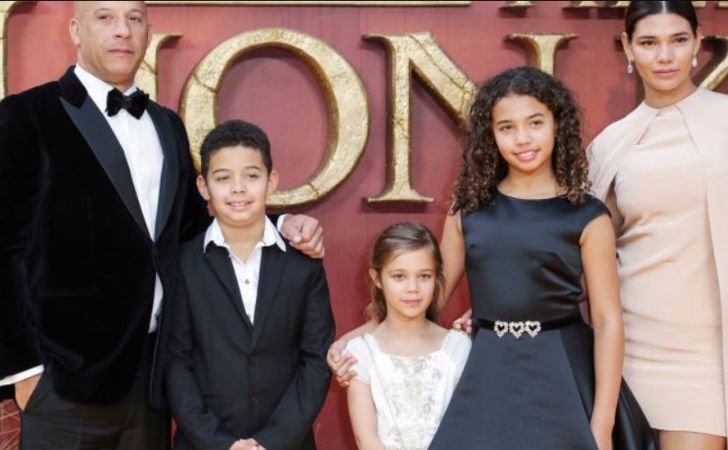 Unlike her siblings who both already debuted in the acting field, she is yet to enter the entertainment industry. Her father, Vin Diesel, is a well-known actor and filmmaker.

Vin Diesel is one of the highest-paid actors in the business. Pauline's father, a well-known Hollywood actor, was a street performer; he used to sing in the street before breaking into acting.

As the daughter of one of the most successful performers, Pauline's life has piqued everyone's interest. Many people desire to learn more about her childhood. Here we are to enlighten every aspect of Vin Diesel's youngest Child, Pauline Sinclair.

She was born on March 14, 2015, in Los Angeles, California. She is born to Vin Diesel and his long-time girlfriend Paloma Jiménez. She is the youngest kid of her parent.

He has Caucasian and Hispanic ancestry. Vin's father is of English, German, and Scottish descent, and his mother is Mexican.

Her father Vin Diesel, whose real name is Mark Sinclair, is a well-known Hollywood actor best known for his portrayal of Dominic Toretto in the Fast and Furious franchise. Her mother Paloma, born Karla Paloma Jimenez Denagustin, is a Mexican model and actress.

Both her elder siblings are already in the acting profession following the footsteps of their father Vin Diesel. Her elder sister, Hania followed ers father's footsteps and becomes an actress. Hania is known for his role in her work in Fast & Furious Spy Racers.

While her elder brother too debuted in acting in the 9th instalment of the Fast & Furious series, where he played the younger version of his father's Character Dominic Torretto.

Also Read: Who Is Vincent Sinclair? Who Casted Him To Play The Younger Version Of His Father Vin Diesel In Fast & Furious 9?

She Was Named After Paul Walker

Vin Diesel's younger daughter Paulina was named after the late actor Paul Walker. Paul worked on the Fast & Furious sequel with Vin Diesel. They had a great friendship. He died in a car accident on November 30, 2013. Paul was 40 years old when this tragic accident happened.

Vin added that he was ready to cut the umbilical cord when the notion occurred to him to name his daughter after his late friend.

“He was in the room. There’s no other person that I was thinking about as I was cutting this umbilical cord. I just . . . knew he was there. It felt like, you know, a way to keep his memory a part of my family and a part of my world.”

Even though they started dating in 2007, they did not publicly appear together until 2013. In 2013, the couple appeared on Jay Leno's Tonight Show with their lone son Vincent.

The amorous pair have been living together with their three children since 2007 and enjoy a beautiful connection, but Vin Diesel looks to have been accused of cheating on Pauline's mother in 2016.

However, because this assertion was simply rumour, the media did not acquire its breaking news or headlines. Vin Diesel goes out publicly to clarify the charge levelled against him.

Since this hoax was exposed as a public relations stunt, no similar rumours about any of them have been heard again, and they are living happily with their children.

Before making his acting debut, Vin Diesel, Pauline's father, used to sing in the street. His first call-up came with the release of the movie Awakenings.

With the movie Strays, in which he also stars, he made his directorial, producing, and writing debut after making his acting debut. In the 1997 movie, in which he portrayed Rick,

The cover of the 2005 Mexican issue of Maxim Magazine features Pauline's mother Paloma, a highly well-known and accomplished model.

The model, who was born in Mexico, has worked with many modeling agencies, including some major ones like Kyoto Booking Models, ID Model Management, Two Management, and Look, Models.

She even strutted her stuff down the catwalk for renowned top designers like Alberto Rodriguez, Carlo Demichelis, Hector Terrones, Guillermo Vargas, and Roberto Villareal.

Pauline Sinclair is a relatively young kid who attends school and is not currently engaged in any kind of profession. She, therefore, doesn't earn her own money.

But Pauline's Father, Vin Diesel, is rich and has a net worth of a whopping $225 million as of 2022. A huge chunk of the amount comes from his acting profession and among that also most of his comes from his role in the Fast & Furious series.