Home celebrity Who Is Erin Bria Wright? Know About The Daughter Of Late Rapper Eazy-E

Who Is Erin Bria Wright? Know About The Daughter Of Late Rapper Eazy-E 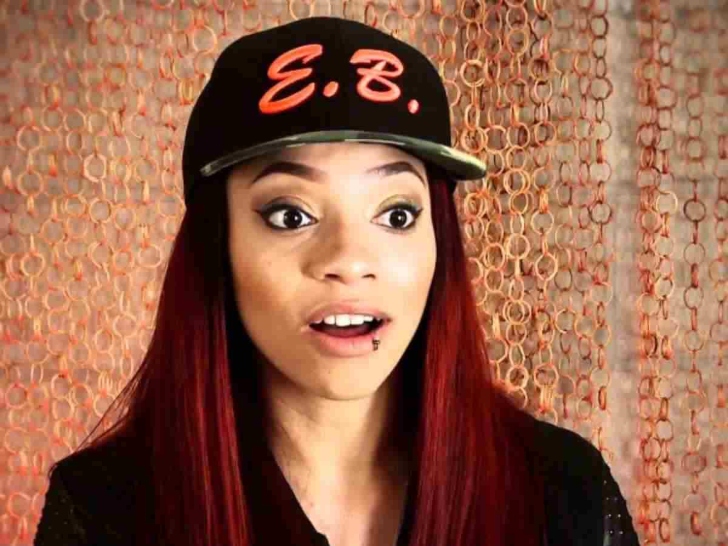 Erin Bria aka "Ebie" is an American pop singer and TV personality. Erin Bria Wright is more popular as the daughter of late rapper Eazy-E.

Erin hit the Bull's eye and become the centre of public attention when she announced her dream project, Ruthless Scandal: No More Lies. It is a documentary on her father's Eazy-E life which will exploit all the secrets of her controversial death.

The documentary's main goal is to fill in the gaps left by the biographical film "Straight Outta Compton."

When Eazy-E, Erin's father, passed away, she was just four years old. The father-daughter team did not have enough opportunities to interact. However. Erin is following in her father's footsteps by pursuing a profession in the same industry as the one where her father is well-known.

Erin has put out a lot of singles, following in her father's footsteps. How Erin Bria Wright's life has been, and how she developed after the death of her father. Let's learn more about this and some unknown facts regarding her life.

How old is Erin Bria Wright? Her Early Life

She belongs to mixed Ethical background and has American Nationality.

Erin Bria Wright Is The Son Of Eazy-E

The late West Coast rapper and label co-founder known by his stage name Eazy-E (real name Eric Lynn Wright) and who was a member of the N.W.A. is the father of Erin Bria Wright.

Who is Erin Wright's Mother?

Erin is born to her father Eazy-E and Tracy Jernigan, relation. Her mother, Tracy is well known as a music manager who spent two decades in the entertainment industry. Eazy-E and Erin's Mother is together since the rise of N.W.A.

Erin Wright and her mother Tracy work together at Eazystreet Entertainment LLC.  Both daughter and mother are sports lovers as well started Ebie Sports.

They also work as co-executive producers on the TV docu-series A Ruthless Scandal, which explores the circumstances surrounding Eazy-E's and his inexplicable death in 1995.

They also have an idea to establish a Fashion line called Ibie Ober Clothing. Not known to many, she is also the founder of the website We Want EB.

Erin and Tracy both belong to the entertainment world and are associated with music. Erin revealed their parents were together since the rise of N.W.A and separated just before Eazy-E's demise.

Erin called her father playful while talking to CBS news. She also revealed that she used to spend time at her father's office. Erin was just four years old when this unexpected incident happened.

Eazy-E's daughter's resemblance with her dad is remarkable that when the "Rock the Bells” music festival have to create the Eazy-E hologram, they used Erin Bria Wright's face. This was shared by Erin herself.

Erin was seen sharing one photo of her late date on various occasions like father's day, or birthday. On the occasion of Father's Day in 2020, she posted one of the few family photos of herself and her parents.

Also Read: Who Is Christopher Cody? All The Details About Lost Brother Of Miley Ray Cyrus

Twelve days after he married Tomica Woods,  Eazy-E, the father of Erin Bria Wright, was diagnosed with AIDS. As Eazy-condition E's deteriorated, he begins to feel the cold.

Tomica wood is Eazy-E another wife among many. She is the stepmom of Erin Bria Wright.

Eazy-E left her wife, Tomica Wood, in charge of both his business and the Label.

Eazy was diagnosed with AIDS after being brought to the hospital in February 1995 with severe respiratory issues. In addition to HIV/AIDS, he was also diagnosed with pneumonia. He revealed his health problem on March 16.

He was interred at Rose Hills Memorial Park in Whittier, California on the 7th of April of year. Thousands of well-wishers were gathered for his funeral including Jerry Heller and DJ Yella.

Erin Bria Wright followed her father's footsteps to make her career. She released her first song ‘Girl Crush’ in 2015. Later on, She also came with an extended play record, ‘We Want EB.’

Erin and her mother work as co-executive producers on the TV docu-series A Ruthless Scandal, which explores the circumstances surrounding Eazy-E's and his inexplicable death in 1995.

Erin believed her father was murdered and her documentary will unleash that secret and it was her dream project.

Erin Bria has a YouTube channel ‘Ebie'. The channel has gained 3.37k subscribers to date.

When one comes from a star-studded family, there is competition in the family itself. The same goes for Eazy-E's family. Things get heated when Erin Bria's half-brother, Eric Wright, Jr. told TMZ of the chances of him playing the role of his father in ‘Straight Outta Compton just a few days before Erin wished her opinion to portray the role, she said.

“I feel the role of my dad in a biopic should Not just be a ‘given’ to my brother Lil Eazy solely on the strength that he is my father’s junior! To be honest my father has 4 sons total who all resemble him in their way, just as I have an uncanny resemblance to my father and I am a girl. I think my brother should have to audition and earn the role by delivering a great read instead of just being handed the role—and I’d like to add that I feel I should have that same opportunity to audition for the role as well, and be given equal consideration based on my acting ability and not just my relation.”

But neither Erin nor her half-brother Eric Wright got the chance to play the role and the role went to then-newcomer Jason Mitchell in the movie directed by F. Gary Gray.

“He did a phenomenal job. I’m so incredibly proud. All my life I’ve been hearing these stories. Jason is everything I imagined [my father] to be … I felt like I was watching him on the screen.”

Erin has 10 siblings from his father's different relationships including Lil Eazy-E, a musician, and HIV activist.

Also Read: The Unknow Fact About Dominick Wright: His Life After His Father Eazy-E’s Death

One of her half-brothers, Eric Darnell Wright, has carried on his father's legacy by serving as the CEO of NWA Entertainment, LLC. He and other family members jointly run Compton MoneyGang. He also goes by the name Lil Eazy-E.